“Look, it just got out of hand,” explained outgoing President Patrick Lenbrooke ‘22. “We initially planned for and announced a three-week application process that started in May of 2021. But then the summer came and we didn’t have enough apps, so we just pushed it off until the fall. Then, all of a sudden, it was October and we hadn’t reopened it, so we just pushed the deadline off until the spring. Once we got there, we finally had the applications ready, but we ended up forgetting to send the interview email for a few weeks. They didn’t all respond right away, so it took a while to schedule. When we finally had a date, our E-Board wound up missing a few of them, and things snowballed somehow and here we are! ”

CPC reported extreme difficulty connecting with a qualified group of candidates. The group noted that this was not due to a lack of talented procrastinators on campus, but a level of elite skill parity so magnificent that even arranging one meeting with candidates became next to impossible.

“Yeah, I got the group’s invitation for an interview,” claimed Nathan Fohryew ‘24. “But my schedule was just so busy. They included a When2Meet in the message, and I made sure to input my availability: 4-6 AM Saturdays, Sundays with  1-3 AM, and 11:30-12 AM on weekdays. It should’ve been a cinch to get a meeting together, but of course my dog’s second cousin on his mother’s side died and I had to be there for him, so that meant I had to push things back a bit.”

Formally requested for comment, the CPC publicity team sent out a press release promising to “get to this as soon as we can!”

Recently, I endured what most would agree is an extremely common and normal experience: while sitting in office hours, the TA turned to me, with a bright gaze full of empathy and understanding, and I burst into tears. This led to all sorts of intrusive questions like “how are you?” and “would you like to talk?” Ridiculous questions, given that I am so totally fine.

Although Big Therapy would have you believe otherwise, most of our emotional reactions are completely random and have no kind of deeper meaning. Here are five other utterly non-Freudian slips that have absolutely no deeper meaning and definitely don’t deserve any sort of analysis or reflection:

In light of the growing number of COVID cases and the approaching holiday season, hoards of infected students have returned home to their families to celebrate the Thanksgiving holiday like it was originally celebrated: with the spreading of potentially lethal infectious diseases.

“Lately I’ve been trying to become more in touch with my colonizer roots,” said local conqueror Margaret Coughlin ‘23.  “Plus I’m really amped to get into the true American spirit of things this holiday season, which is why I plan on travelling by ship and spitting, licking, and shitting on every possible surface in a once safe environment as a means of spreading all of my germs without the consent of any residents.” Superspreader legend!

Some students like Coughlin are just thrilled to spread their way cross country, while others are equally as eager to reconnect with distant and definitely ancient family members.

“It’s only once a year that I get to come home to my Mee-Maw, Pee-Paw, and all the other immunocompromised relatives and give each and every single one of them a wet kiss on the lips,” said area conquistador Jack Cortez ‘22. “Watching them all come down with the virus in 3-14 days will be just like experiencing the 1600s in real time; I’m even considering plotting a crop of corn on indigenous land.” Blast from the past!

While many disease-ridden students went home, the infected who cautiously stayed in the Ithaca area were sure to express ship hand-crafted blankets to contaminate their families back home.

ARTS QUAD—In order to really drive the point home that the students of this campus are derelict in their social justice duties, a new exhibit, exclusively featuring one man with a megaphone yelling at passersby to be better people, has been erected on the Arts Quad.

“I was trying to walk from White Hall to Olin when some dude with a bullhorn or something started running across the quad and yelling at me to ‘get it the fuck together and check my damn privilege.’ I just wanted a muffin and some coffee,” said Jennifer Britton ‘22.

According to sources, previous installations designed with the intent of educating students about the importance of violence prevention, criminal justice reform, hollocaust remembrance, and unconscious bias training were “far too passive ” in their approach.

“If we really want to engage Cornellians in the kind of discourse that will allow them to become champions of equality in their post-college lives we can’t depend on them to willingly come up and look at something. We need to get up in their face and yell at them to be better people,” said Emelia Hindle ‘92, the project’s director.

While the exhibit’s architects expressed pride in their creation, students said the installation was over-the-top. “I don’t really appreciate being called a bad person,” said Ryan Clayton ‘20. “I mean, I voted for Hillary Clinton what else do they want. 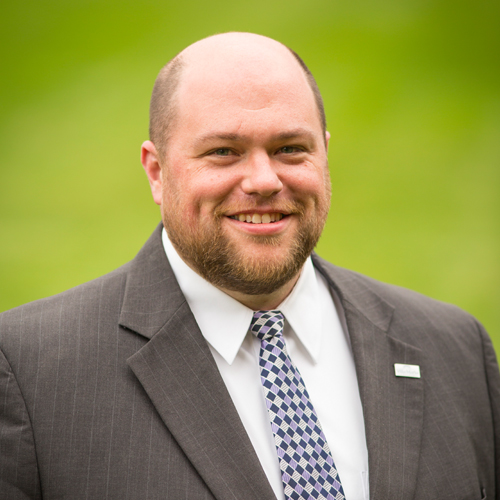 “I think they should just shut up and dribble.” – David Matton ‘91, Touchdown Groomer 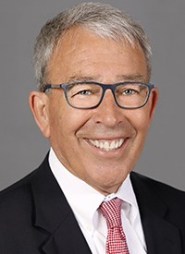 “These allegations are extremely serious and damning if true. That’s why we’re going to do everything we can to make it look like we care about this until it all blows over.” – Andy Noel, University Athletic Director 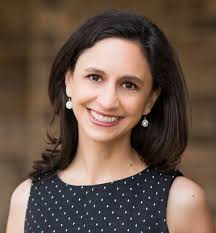 “If you’re not having panic attacks at practice, you just don’t care enough about the game.” Claire Liu ‘21, Foul Ball Retriever

ITHACA, NY — In a statement released this morning, a frontrunner in the Undergraduate Student Assembly’s Fall 2017 Election has declared that they are eager to accomplish absolutely nothing during their time in the position.

“I’m just so grateful that the community wants me to take on this exciting, debatably-influential role,” stated the freshman. “I look forward to using the abundant resources and tuition dollars at my disposal to ensure that I make, at most, a very small difference, but probably not even that.”

When asked what inspired their interest in student government, the ambitious student cited their love of ineffective representational systems as their main influence.

“I just love putting a lot of time and effort into something and coming up with absolutely nothing in return. I’m so lucky to be able to practice the skill of getting nothing done as a legislator before I run for office after college.”

When asked about their plan to address on-campus racism, the SA member-to-be commended those fighting for systemic change, adding that they can’t wait to see what they do.

In a story akin to classic Hans Christian Andersen folklore, Mayor Svante Myrick reportedly began his week by strolling nude throughout the streets of Ithaca. Myrick was promptly arrested for indecent exposure and disorderly conduct.

“I just figured no one would be around over break. I thought everyone went home for vacation.” said Myrick. At around 9:00am eyewitnesses reported seeing the mayor leave his collegetown apartment completely nude and seemingly relaxed. Myrick continued, “I looked out my window and didn’t see anybody around, so I figured I was the only guy left here.” At 9:15 a.m. Myrick reportedly walked fully naked into Collegetown Bagels and ordered a caramel latte. “I thought CTB would be closed, you know, because everyone went home, so I tried opening the door to see if they had left the place unlocked.”

Myrick was greeted by three employees and twelve shocked patrons, as he paraded up the aisle towards the counter. “I immediately realized there were still people here, but I didn’t want to look stupid, so I just kind of continued my morning routine and hoped no one would notice,” said Myrick, adding, “I got a caramel latte. It was really cold out.” At approximately 9:45, the Ithaca police arrived at CTB to find Myrick, still nude, reading a newspaper and calming enjoying his beverage.

“This happens every year,” explained Ithaca Police Chief Kathy Zoner. “We’ve tried to explain to Svante how cities work, and how research universities contain full time staff and employees.” After a heavy sigh, Zoner said, “He just doesn’t get it.”

UPDATE: Myrick was again apprehended after again leaving his home nude today. “I thought everyone would at least be gone by Tuesday. I guess I’ll try again tomorrow” said Myrick.

ITHACA, NY- Earlier this week, Harvard Student Eldo Kim was apprehended for his attempt to defer a final exam by calling in a bomb threat to several campus buildings. Perhaps a silver lining to this reckless and selfish act lies in the comfort felt by thousands of Cornell Students, who could now confirm their intellectual superiority to at least one Harvardian.

“I almost failed my chem final, but at least I didn’t email in a bomb threat to get out of taking it!” exclaimed Sophomore Jeff Nichols, beaming with pride. Although the threat was made in order to get out of a course on politics and education, students across all majors are relishing in the delight of being way smarter than Kim. “I’m pretty screwed for my Software Engineering test tomorrow, but I’m not dumb enough to engage in criminal activity over campus wifi networks” said Junior Emily Nichols, adding, “And that makes me feel a little better about myself.”

Cornell faculty and employees across Ithaca are also proud to be part of an Ivy league community devoid of such buffoonery. CUPD Chief Kathy Zoner told CU Nooz, “There are a lot of really incompetent and irresponsible kids here, and I mean a lot. But it’s really comforting to know that we don’t have anyone stupid enough to pretend to blow up a building. I think that’s what makes Cornell special.”

In a hostile takeover this past week, the Cornell chapter of sorority Sigma Kappa Tau ruthlessly overtook and installed their own dominion over the third floor of Mann Library. The monarchy, established with Lady Jenny Harquist ’14 as lord-protector of the realm, expects all students studying on 3 Mann to be vassals of the new SKT territory. The fiefs will allot land to all willing participants in exchange for their undying allegiance and a monthly tax on crop production and net-print pages.

Said Lady Baroness Lindsay Evans ’15, “We want a peaceful rule over the   people making their home in Mann Library this week. After all, we don’t want an uprising, that’s why we’re offering free tank tops to everyone willing to serve under us! And if they don’t want to be part of our new society then they shall be, like, banished, never to return under pain of death.”

The new fiefdom has as of Thursday declared war on first floor Mann, in an attempt to overtake Manndible’s cafe. Battle documents leaked over instagram reveal that the sorority has plans for dominion over all of Mann library, in which case they plan to rename their nation-state “Ye Wo’ Mann’s Dominion”

Above: An artist’s rendition of Mann